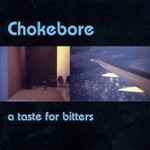 A Taste for Bitters on Bandcamp

Chokebore's third album A Taste for Bitters was released on October 2nd, 1996. To celebrate this anniversary, the band is releasing the album on Bandcamp, along with its two companion singles Days of Nothing and It Could Ruin Your Day, which the band sold while touring Europe in 1997.

A Taste for Bitters — The short film

When Chokebore collaborated with filmmaker Darren Doane for the video of the song It Could Ruin Your Day, there was enough video material for them to end up producing a 12-minute short film in addition to the music video. Thanks to the kind permission of Mr Doane, this short film is now available on the Chokebore YouTube channel! Check it out below:

To read more on A Taste for Bitters, check out this excellent review which pretty much nails it:

"A Taste for Bitters is an incredible piece of work. It documents the band at a time when they were touring heavily and playing together as a flawless unit. The words are confident and mature. The guitars are sensitive at times and raucous at others. The Drums and Bass rumble in time and keep the foundation strong. Chokebore is a great band and this is an essential album for anybody who believes in ART." — Noel P, Indie Rock Reviews 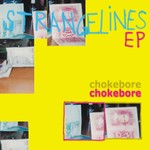 Originally released in February 2001 on the short-lived label Redwood Records, Chokebore's Strange Lines EP has been out of print for some time. Made up of the songs Sections (a "prequel" to She Flew Alone, the last track of It's a Miracle), Be Forceful (an early version of another It's a Miracle tune), and The Rest of Your Evening (Los Angeles) (a new take on the final track of Black Black), it forms the missing link between the band's last two albums. This rare EP is now available as a digital download on Bandcamp! 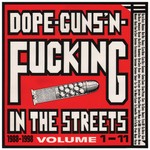 In January, the infamous and long out of print 7-inch compilation series Dope Guns 'n Fucking in the Streets was reissued on triple colored vinyl (in a beautiful tri-fold sleeve) and on double CD by Amphetamine Reptile. This reissue compiles the first 11 volumes of the series, originally released between 1988 and 1998, and features artists such as Cows, Mudhoney, Helmet, Jesus Lizard, Unsane, Boss Hogg, Melvins, Guzzard, Love 666, Steel Pole Bath Tub, Today Is The Day, Rocket From The Crypt, along with Chokebore, who had contributed the song Brittle & Depressing for the 9th installment of the series in 1994. The vinyl version comes with a digital download, and is available on Amazon. 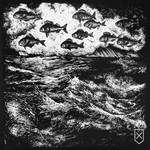 The French music club l'Épicerie Moderne celebrated its 10 year anniversary last November with the release of a limited edition (500 copies only) double vinyl compilation of live performances recorded at the venue over the course of the past 10 years. The record, simply titled Épicerie Moderne - 10 ans de live 2005–2015, includes a live version of the Chokebore song Police, recorded in October 2011 during the band's "Falls Best" tour. Other artists featured include Elysian Fields, Alela Diane, The Black Heart Procession, The Ex, Unsane, Mudhoney, and A Place To Bury Strangers. Buy it directly from the record label via eBay!

Troy Von Balthazar will release his fourth album Knights of Something on April 1st, and will be touring across Europe in the spring. The album is already available for pre-order from Vicious Circle in France or Siluh Records in Austria, and digitally through Bandcamp. It will also be released in the USA on New High Recordings, and in Japan on Donuts Pop.