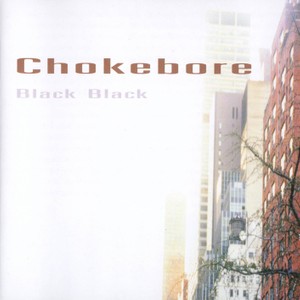 Black Black is Chokebore's fourth studio album, released in Europe on April 13th, 1998, by Boomba Rec, on CD only. It was recorded by Peter Deimel (assisted by Yann Madec) at Black Box studio in Noyant-la-Gravoyère (France) in February 1998, except for the track Where Is the Assassin?, recorded in Troy's living room (credited as "Chokeboresound studio").

Black Black is the first and only Chokebore album recorded with drummer Mike Featherson (credited as "Miik"), who had replaced Christian Omar Madrigal Izzo following his departure earlier in 1997. However, the track Distress Signals features Christian on drums because it is an outtake from the A Taste for Bitters sessions.

The record's artwork was designed by Kevin Hanley, a long-time friend and collaborator of the band.

Just like A Taste for Bitters, the CD edition of Black Black includes an extra track titled The Rest of Your Evening, only this time it is an actual song, a slow and peaceful tune played over and over for 15 minutes.

Unavailable in the USA for over a year, Black Black was released stateside on both CD and LP formats on September 10th, 1999, by Punk in My Vitamins, the indie record label of Unwound bassist Vern Rumsey. 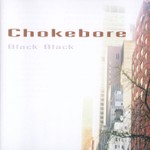 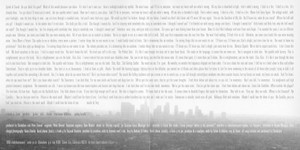 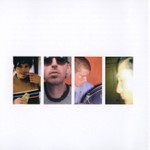 This four-piece outfit crosses between indie pop and heart-on-the-sleeve emo. Their music drags you through the deepest ditches of their emotions, as they take you on their own little journey filled with distorted pop music aplenty.

Speed of Sound and You Are the Sunshine of My Life are two prime examples of what this band is all about. The vocals mumble and stagger through the words with a shy, nervous quality that brings the emotional feel to the forefront, while the sly, confident portion of the vocals push the song along with a breathy, drunk quality. The music is poppy and very indie rock, sometimes light and airy, and sometimes filled with plenty of distortion and muscles to push along quickly and make its move.

The Perfect Date is a rocker. The vocals are more confident and don't really slide around with the emotional touch. Instead, they move around with a powerful, moan-scream that gives the song a jagged edge. The Sweetness is a dreamy, quaint pop ditty that is all about getting inside your head and creating a sweet, surreal trip for you to travel.

Whether they're rocking or taking you on a pretty trip, Chokebore's mixture of emo-rock and indie pop helps the songs dive between bold and sweet, a lethal combination that will play with your mind and, in the end, most likely hook you.