Chokebore on "This Ain't California" soundtrack 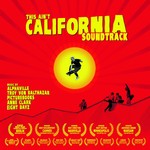 Chokebore's track Lawsuit (from the 2011 EP Falls Best) is featured on the soundtrack of This Ain't California, a critically acclaimed indie documentary about skateboarding in the former East Germany, along with 3 tracks by singer Troy Von Balthazar! The soundtrack was released in Germany on December 7 and is available in CD format on Amazon .

Troy Von Balthazar ...is with the Demon!

Troy Von Balthazar has released his third album ...Is With the Demon in October 2012, and has recently completed a successful European tour across France, Switzerland, Belgium, and Germany.

The album is available in CD or LP (clear vinyl) format on the Vicious Circle online store, and as a digital download on iTunes.

It is due to be released in the USA in January 2013 on The New Black Records.

A Newborn Riot of Dreams

Meanwhile, guitarist Jonathan Kroll has been busy releasing new material and performing live with his instrumental music project A Newborn Riot of Dreams. Following his first 12-inch LP titled The Preservation of Links, released in the last days of 2011, Jonathan has released several pieces of work over the course of 2012, all exclusively in digital format on the A Newborn Riot of Dreams Bandcamp. 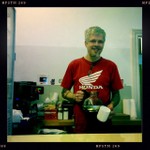 Music aside, Chokebore bassist James Kroll (along with 2 partners) has recently opened an American diner in Berlin! Nalu Diner (Nalu means "wave" in Hawaiian) is located at Dunckerstraße 80A in the Prenzlauer Berg district, and is open Tuesday to Sunday from 9 a.m. to 10 p.m. American breakfast featuring pancakes, eggs, bacon, hashbrowns, and bottomless cups of coffee, burgers, sandwiches, and fries... Drop by for a bite if you're in Berlin!