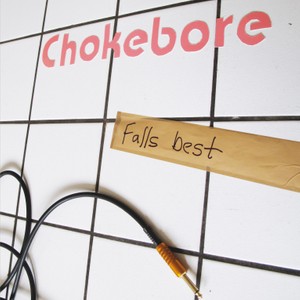 Falls Best is an EP by Chokebore, released on October 10th, 2011, by Vicious Circle on 12-inch vinyl. To this day, it is Chokebore's last release. It was recorded in two separate sessions: Lawsuit, Get Blonder, and Awesome were recorded by Sébastien Gros at Coxinhell Studio in Saint-Aygulf (France) in July 2010; a year later, in July 2011, Defenders and Joy were recorded by Tom Heywood and Malte Pott at Normal Bias studio in Berlin (Germany), and the drums for Joy were recorded at GRAE studios in Los Angeles, CA (USA), by Barry Galvin.

Falls Best features drummer Christian Omar Madrigal Izzo. Because he was not in Berlin with the rest of the band during the second recording session, he recorded the drums for the song Joy in Los Angeles.