A Newborn Riot of Dreams in Berlin

Jonathan Kroll will be performing some new material from his musical project A Newborn Riot of Dreams at Madame Claude in Berlin on November 16th, at 9 p.m.

Incidentally, Jonathan has just posted a couple of new songs (Pentatonic & Dirty Too and Afternoon?) on the Newborn Riot of Dreams Myspace and Facebook pages.

After the release of his second album How to Live on Nothing and a successful French tour, Troy will be supporting Melissa Auf der Maur on a string of dates in Germany, Poland, Austria, Czech Republic and Switzerland. Tour dates on Troy Von Balthazar's website.

Another date in the gigography

A concert date from 1997 was added to the Chokebore concert archive thanks to Cyril L.!

We had a really great time playing festivals this summer! Thanks to everyone that came out to see the shows. We are going to take a little break now to work on our side projects and write some new Chokebore material. We'll be back next year with new songs, a new release, and tons of concerts!

Troy Von Balthazar's second album How to Live on Nothing will be released on September 13th. The first single Dots and Hearts is already available as a digital download.

Troy will be touring in October and November to support the release. He will be backed by Adeline Fargier on guitar and vocals, and Chokebore bandmate Christian Omar Madrigal Izzo on drums! Check the tour dates on Troy Von Balthazar's website.

By the way, have you noticed that the dancer in the Dots and Hearts video is wearing a Chokebore shirt?

A Newborn Riot of Dreams in Berlin

A Newborn Riot of Dreams (Jonathan Kroll's slow and wordless musical side project) will be playing a show with Himalaya at Schokoladen in Berlin on September 16th, at 9 p.m.

The live photos section has been updated with 6 sets of pictures taken at the summer festivals:

Additions to the gigography

The Chokebore gigography keeps growing with the help of fans! Steven V. contributed a setlist and a concert date from 1998 in Belgium, and Jari M. remembered a 1996 concert date in Finland.

Chokebore have recorded and mixed three new songs! The sessions took place at Coxinhell recording studio on the French Riviera, at the beginning of the month of July. Pictures of the recording session have been added to the live photos section!

Chokebore's last concert of the summer will take place at the Brussels Summer Festival on August 16.

The flyers & posters gallery has been updated with posters of the summer festivals.

Additions to the gigography

Setlists of some recent festival performances (Le Rock Dans Tous Ses États, Mix Up, Rockorama, and Mistraal Indie Music Festival), along with past tour dates from 1993 to 1995, were added to the Chokebore gigography, thanks to the contributions of J-P M. and Loïc G.

A new T-shirt was designed for the summer tour. Check out the pictures:

Videos from the Paris show

Two live videos from the Paris show at the Maroquinerie are now available in the videos section: Ciao L.A. and Narrow.

The official Chokebore Facebook page has been launched. Come on and subscribe to the page to stay updated and meet other fans!

One more summer festival added to the tour dates: Chokebore will play at the Mistraal Indie Music Festival in Barbentane (France) on July 23!

One more festival added to the tour dates: Chokebore will play at the Brussels Summer Festival on August 16!

Additions to the archive

The setlists of the recent Berlin and Geneva shows, along with several past tour dates from 1995 to 1998, were added to the Chokebore gigography, thanks to the contributions of Ronny H., Vince D. and Eric F., who also sent in a great poster for the October 1995 show at the Kaméléon in Lille (France)!

Thanks so much for coming to see us on our tour, it was really cool seeing you guys, we had a really good time playing together again!

Thanks also for the fantastic support of Julien and all the people at Super!, to Björn and his guys at Underthestars, to all the promoters and the crews at the clubs and to our great sound guy Jean-Louis — and of course thanks to Florent for all his hard work and for keeping people up-to-date with all things Chokebore.

Hope to see you at some of the festivals we will be playing this summer!

Just be prepared to feel the rock.

Chokebore is coming back to play festivals this summer! A first set of dates has been confirmed, among which Le Rock Dans Tous Ses États in Évreux (France) and the Dour festival in Belgium. See tour dates page for the whole list.

The live photos section has just been updated with 4 sets of pictures taken at the February 2010 shows:

The flyers & posters gallery has also been updated with some flyers from the February shows. Flyers from Wiesbaden, Lucerne and Brussels are still missing! If you can help, once again: please contact the webmaster!

Here are a few interesting articles and reports found online about Chokebore's 2010 tour:

Here is a preview of the Chokebore rare tracks CD compilation – on sale at the merch table in less than ten days!

Free mp3 download of the first track: I'll Save You (bubble take).

Chokebore returns to the stage on February the 14th, 2010. That's Valentine's day, and it's less than two weeks away!

The Paris show (February 19th at the Maroquinerie) is sold out, but tickets are still available for the other shows in Germany, Switzerland, Belgium and Czech Republic. 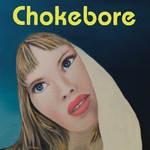 A CD compilation of rare tracks will be sold at the shows. Here is the tracklisting:

That's a bunch of previously unreleased tracks, a few live tracks and lots of hard to find tracks. And there will be some T-shirts too!

The latest issue of French magazine Noise features an interview with Troy Von Balthazar about Chokebore. Here are scans of the interview (with kind permission of Noise magazine):