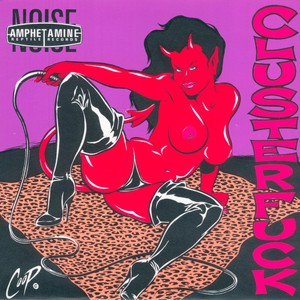 Clusterfuck is a three-way split 7-inch single between Chokebore, Today Is The Day, and Guzzard, released in the USA in September 1993 by Amphetamine Reptile Records on limited-edition pink vinyl (1,000 copies). It was exclusively available at the merch table during the first installment of the eponymous Clusterfuck tour, which took the three bands (AmRep's newest recruits at the time) across the US for six weeks during the fall of 1993.

Two of the three tracks from this split single re-appeared on the Clusterfuck '94 compilation, which was released to fund the second edition of the Clusterfuck tour a few months later in Europe.

all songs recorded at AmRep.