"A chokebore is a mechanical device. I was looking for graphics in a book and I stumbled upon this story of the man who invented the chokebore shotgun, a device to make the shotgun shoot further and more precisely. It sounded nice, and it was a nice little story." (Jon in Salt For Slugs #1)

Dana Lynn was the band's name before they changed it to Chokebore when signing with Amphetamine Reptile Records in 1993.

The band recorded a demo tape in 1989 and released two 7-inch vinyl records.

Their debut 7″ single Circle, holding the demo's first three songs, was released in 1991 by Dionysus Records. 1,000 copies were pressed on different vinyl colors. It is still available through the label's mailorder (catalog number: ID074514).

The second 7″ (untitled, referred to as "guns") includes early versions of Chokebore songs (Nobody, Chokebore's debut single, and Sadavia, Van McCoy and Shine, found on the debut album Motionless). Released on the band's own Chokeboresound label, it is still available directly from the band. 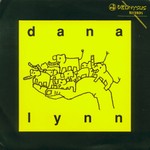 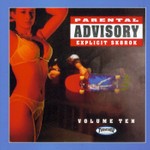 "Microinternational is a group of artists that come together to execute various events, avoiding a concrete basis of identity while generating several concrete manifestations."

Jonathan is an active member of this group, together with Kevin Hanley, who designed the artwork of several Chokebore records.

The left-hand photo on the cover of A Taste for Bitters was taken by Nicoletta Munroe during a performance titled "The Twilight Waltz", which took place at the Acme gallery in Santa Monica, CA, on January 7 1995. In the album credits, the photo is referred to as "documentation of a performance by microinternational".